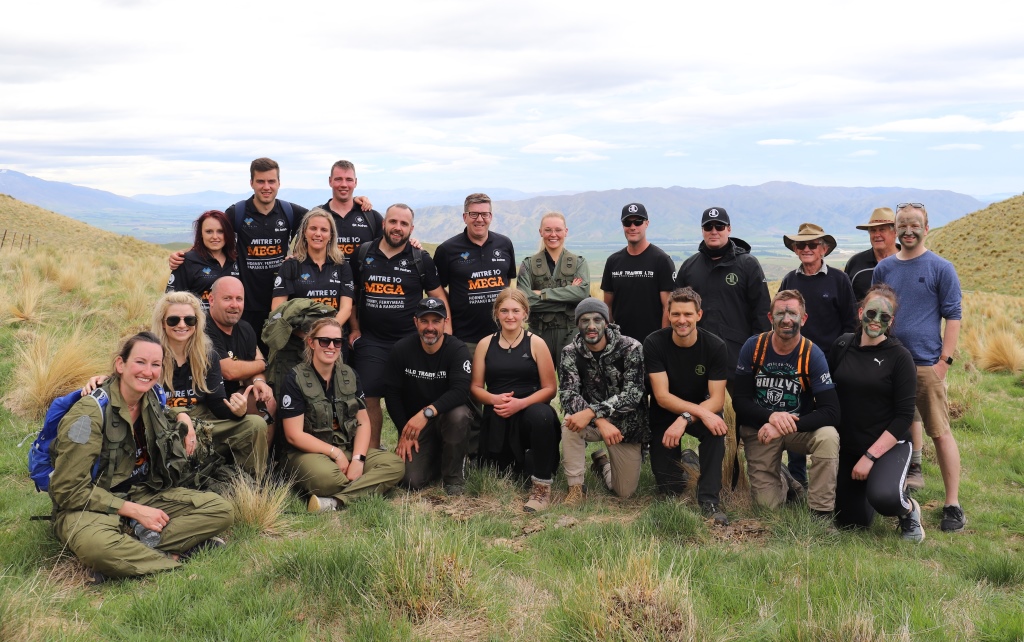 Contestants taking part in a reality TV show were put through their paces in the Waitaki Valley last week.

The New Zealand series of Adventure All Stars – produced by Charity TV Global – is being filmed around the North and South Islands.

Filming of the fifth episode brought contestants to Christchurch, Geraldine, Roxburgh, Queenstown and the Waitaki Valley, where they took part in one of Halo Training’s “escape and evasion” exercises.

“What we wanted was to give them some tools and bring them together as a team through uncertainty and adversity,” Halo Training founder Tony Groves said.

“Their task was to go behind enemy lines and to conduct observation and intelligence gathering on a suspicious building.

“They had a series of objectives that were time-sensitive, so we could generate pressure from timelines.”

Mr Groves said it was “really cool” that other local businesses had come together to add to the Waitaki experience.