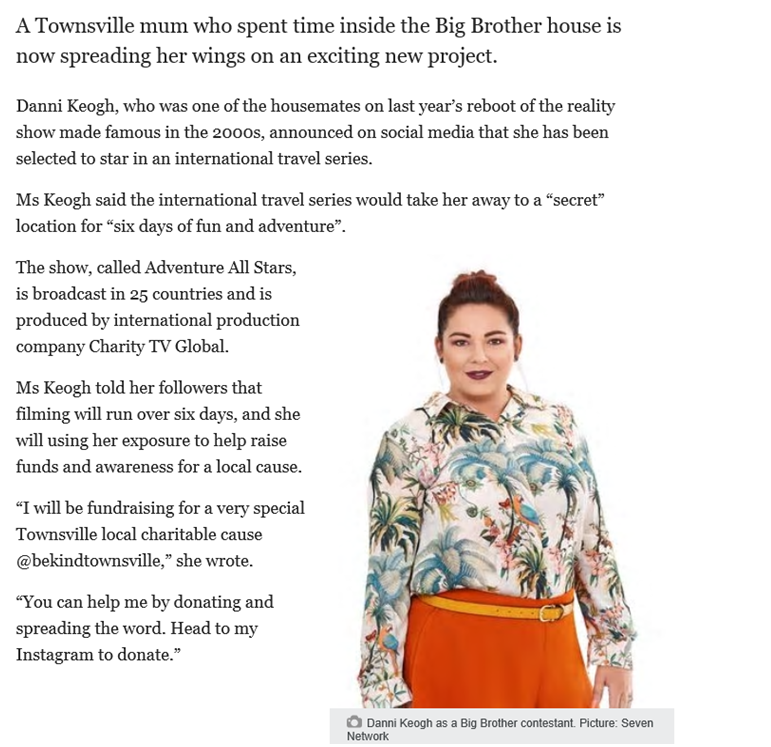 A Townsville mum who spent time inside the Big Brother house is now spreading her wings on an exciting new project.

Danni Keogh, who was one of the housemates on last year’s reboot of the reality show made famous in the 2000s, announced on social media that she has been selected to star in an international travel series.

Ms Keogh said the international travel series would take her away to a “secret” location for “six days of fun and adventure”.

The show, called Adventure All Stars, is broadcast in 25 countries and is produced by international production company Charity TV Global.

Ms Keogh told her followers that filming will run over six days, and she will using her exposure to help raise funds and awareness for a local cause.

“I will be fundraising for a very special Townsville local charitable cause @bekindtownsville,” she wrote.

“You can help me by donating and spreading the word. Head to my Instagram to donate.”