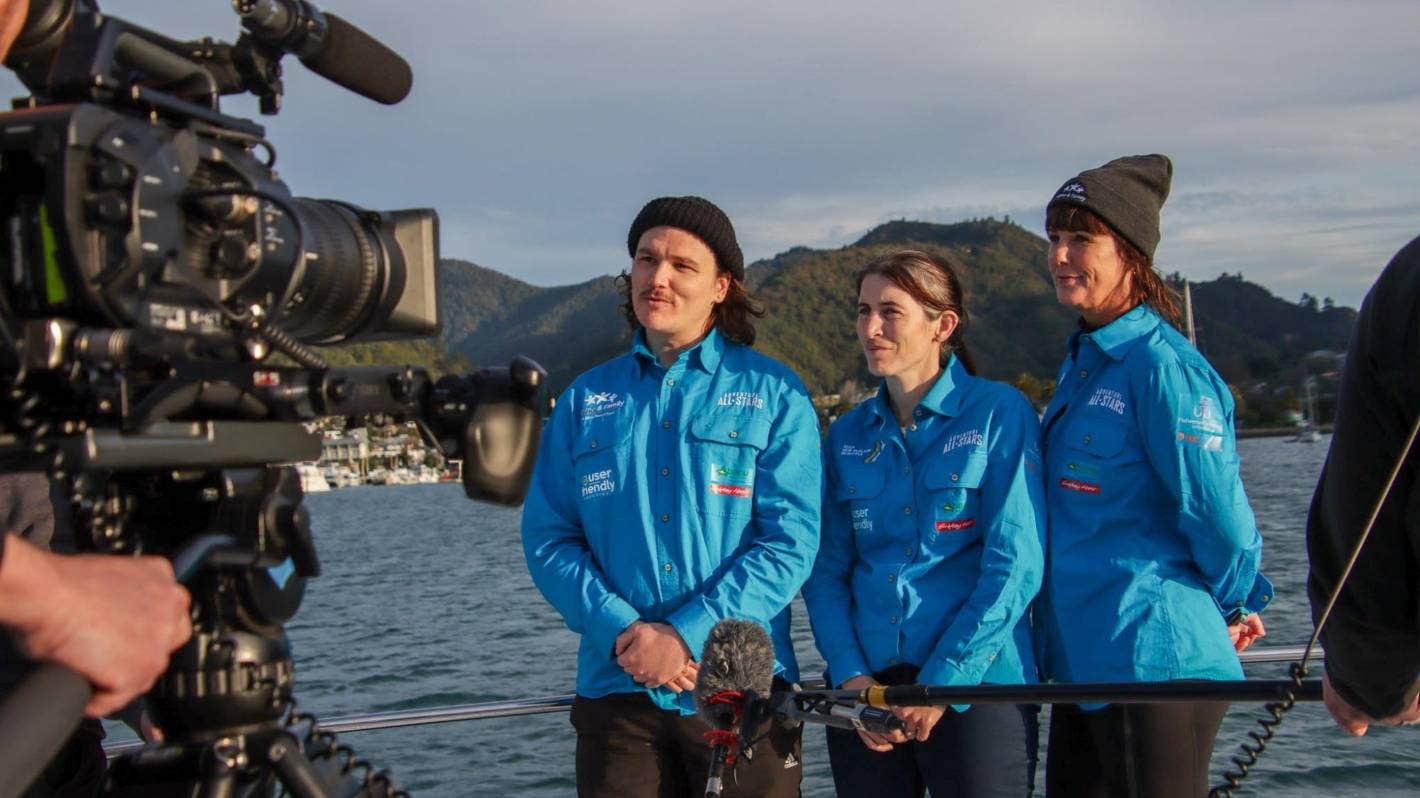 Filming for the latest season of TV travel show Adventure All Stars was happening in Marlborough last week.

Cast members, “real people” from across New Zealand, were experiencing the best Marlborough had to offer including kayaking, biking, swimming with dolphins, winery tours and flights in vintage planes.

Adventure All Stars first premiered on the Seven Network in Australia in 2019 and on TVNZ 1 in New Zealand in 2020.

The second season of the show was slated to air later this year in both countries – with the third season, featuring Marlborough, scheduled to air in 2023.

The second season of the show generated close to $1.2 million for charity, making Adventure All Stars one of the biggest contributors to philanthropy of any TV show in the Southern Hemisphere.

Funds raised through the Marlborough episode would support Kiwi charities, Home and Family as well as Keep New Zealand Beautiful.

TV presenter and influencer Erin Simpson is a guest cast member and celebrity ambassador for the show.