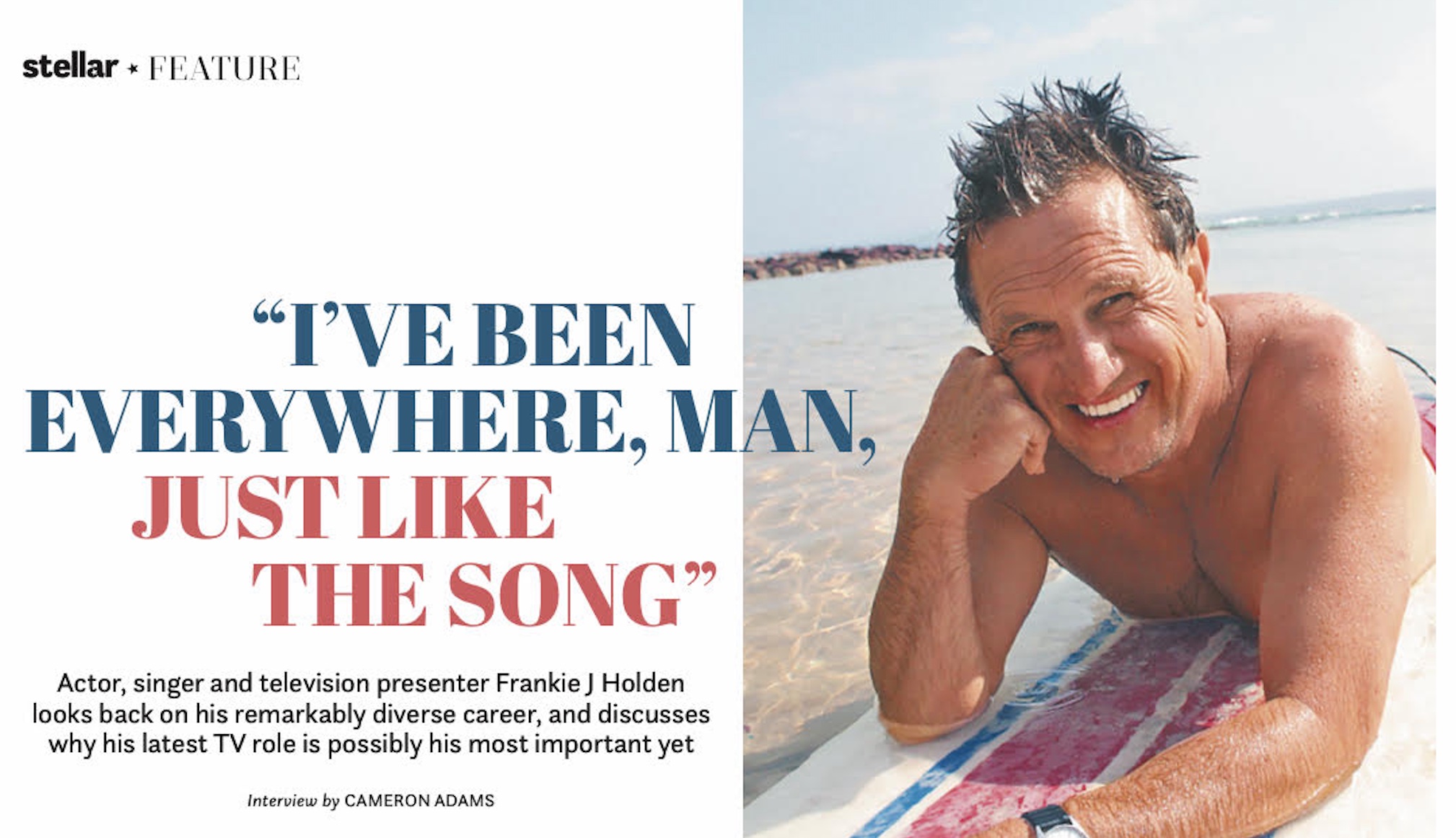 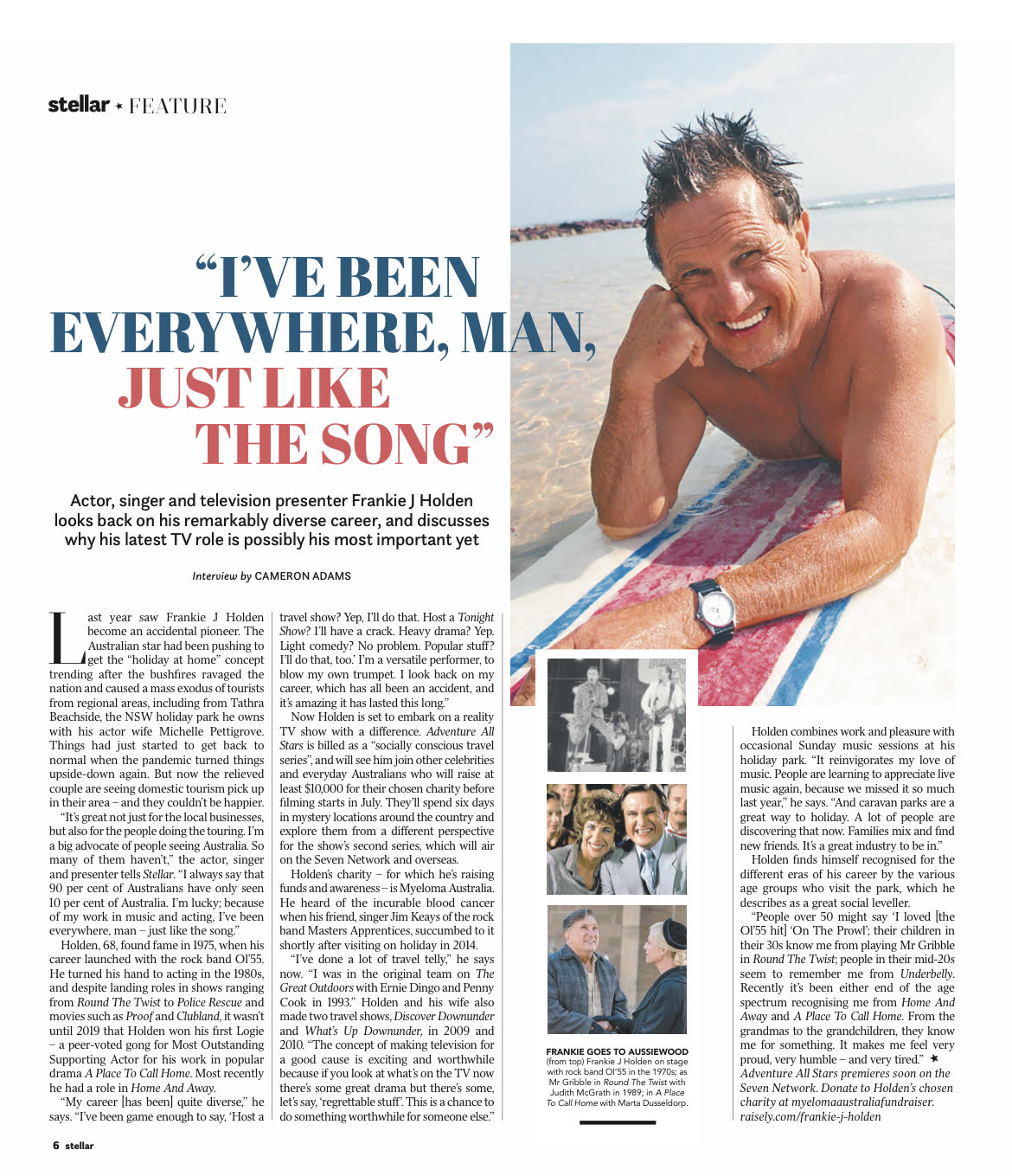 Actor, singer and television presenter Frankie J Holden looks back on his remarkably diverse career and discusses why his latest TV role is possibly his most important yet.

Holden is set to embark on a reality TV show with a difference. Adventure All Stars is billed as a socially conscious travel series and will see him join other celebrities and everyday Australians who will raise at least $10,000 for their chosen charity before filming starts in July. They’;; spend six days in mystery locations around the country and explore them from a different perspective for the show’s second series, which will air on the Seven Network and overseas.