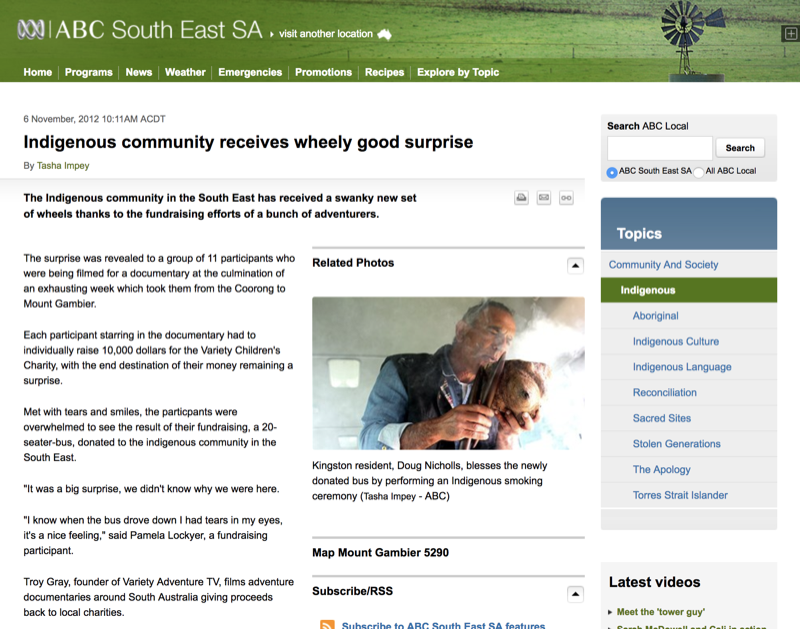 The Indigenous community in the South East has received a swanky new set of wheels thanks to the fundraising efforts of a bunch of adventurers.

The surprise was revealed to a group of 11 participants who were being filmed for a documentary at the culmination of an exhausting week which took them from the Coorong to Mount Gambier.