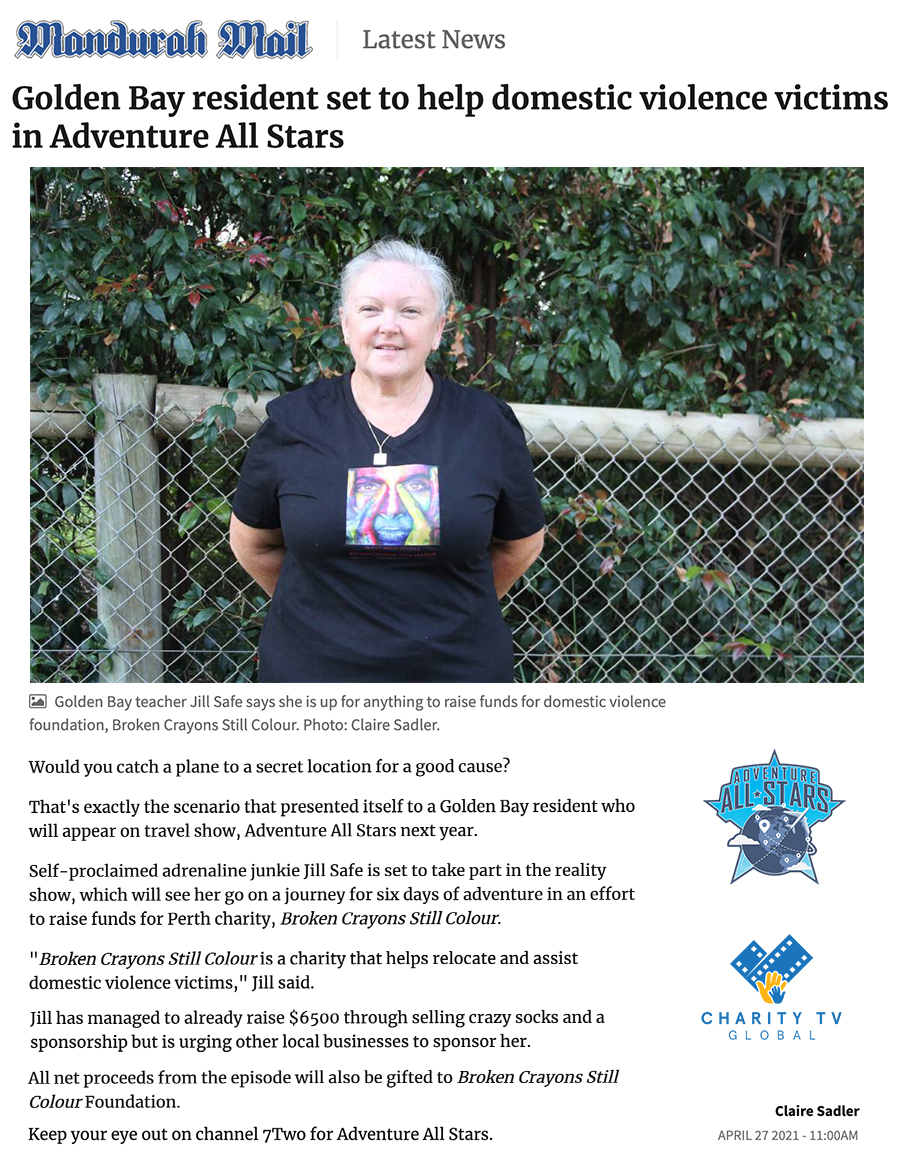 Would you catch a plane to a secret location for a good cause?

That’s exactly the scenario that presented itself to a Golden Bay resident who will appear on travel show, Adventure All Stars next year.

Self-proclaimed adrenaline junkie Jill Safe is set to take part in the reality show, which will see her go on a journey for six days of adventure in an effort to raise funds for Perth charity, Broken Crayons Still Colour.

“On the founder’s Facebook I saw she had been asked by the producers of Adventure All Stars to be a part of it and wanted to know if anyone was interested.