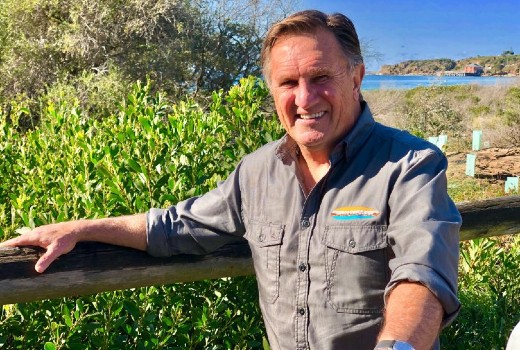 Produced by Charity TV Global the show is billed as a “socially conscious travel series”, and will see him join other celebrities and everyday Australians who will raise at least $10,000 for their chosen charity.

Participants will spend six days in mystery locations around the country and explore them from a different perspective for the show’s second series.

Holden, who owns NSW holiday park Tathra Beachside with wife Michelle Pettigrove, told Stellar, “I was in the original team on The Great Outdoors with Ernie Dingo and Penny Cook in 1993.” Holden and his wife also made two travel shows, Discover Downunder and What’s Up Downunder, in 2009 and 2010.

“The concept of making television for a good cause is exciting and worthwhile because if you look at what’s on the TV now there’s some great drama but there’s some, let’s say, ‘regrettable stuff’. This is a chance to do something worthwhile for someone else.”