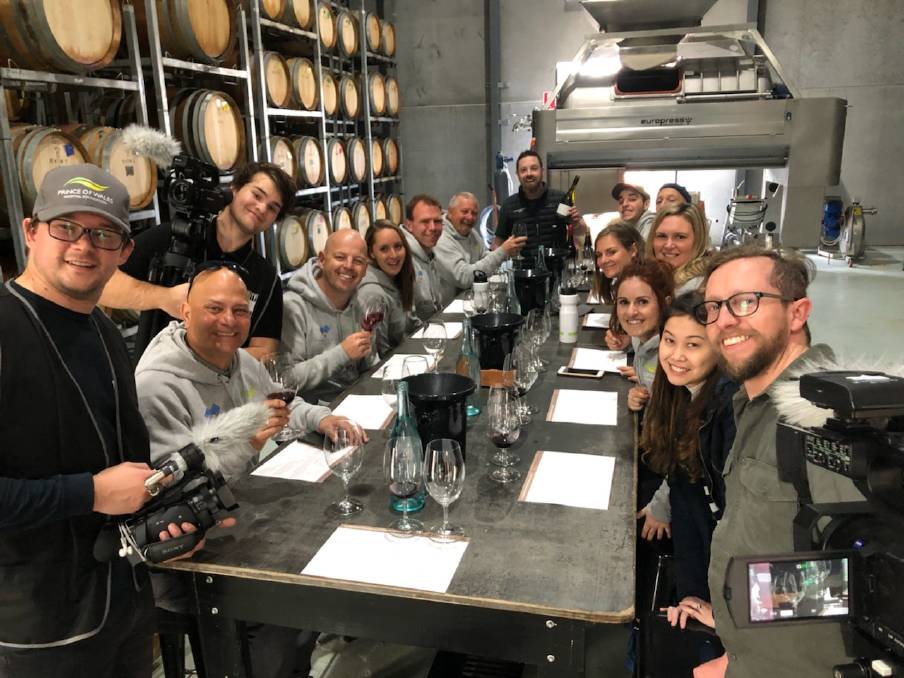 TV crews were on set in the Hunter Valley this week for a new ground-breaking socially conscious Australian television series.

The cast visited at Keith Tulloch Wines and took part in horse riding and a balloon flight for Charity TV Global’s Adventure All Stars.

The real-life cast of Adventure All Stars experienced the best the Hunter has to offer as part of their reward for fundraising for the Prince of Wales Hospital Foundation.

Made up of six one-hour episodes, the series is currently in production and will be filming across Australia throughout 2019. It’s slated to air on Australian television in early 2020.

Charity TV Global has developed a unique casting process that provides an opportunity for anyone to undertake an epic fundraising journey (pre-filming) for their nominated charity, culminating in the filming of the adventure of a lifetime.

The net proceeds of every Adventure All Stars TV project is distributed to Charity TV Global’s philanthropic partners. The recipient charity of the Hunter region episode is the Prince of Wales Hospital Foundation Ltd.