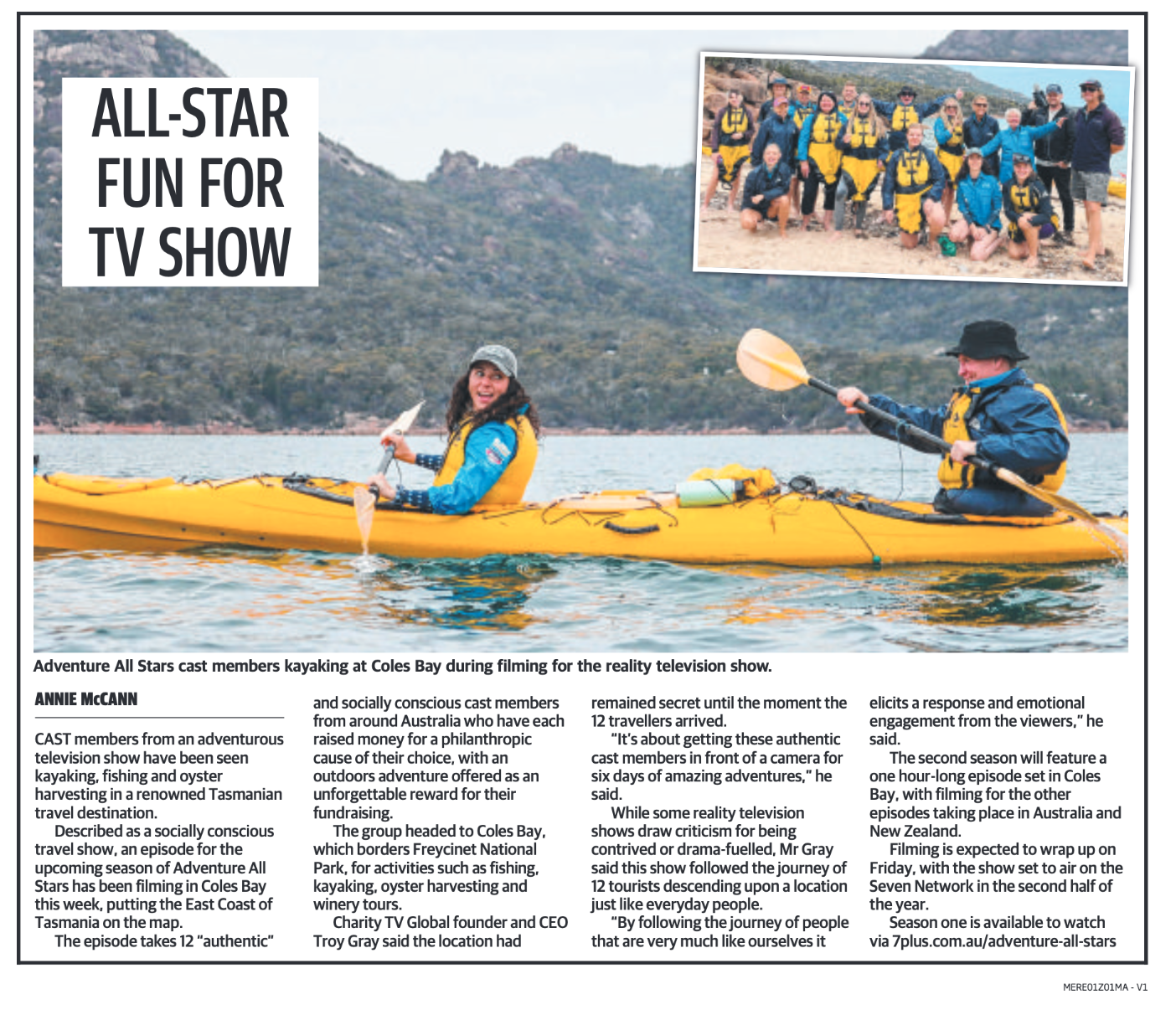 Cast members from an adventurous television show have been seen kayaking, fishing and oyster harvesting in a renowned Tasmanian travel destination.

Described as a socially conscious travel show, an episode for the upcoming season of Adventure All Stars has been filming in Coles Bay this week, putting the East Coast of Tasmania on the map.

The episode takes 12 “authentic” and socially conscious cast members from around Australia who have each raised money for a philanthropic cause of their choice, with an outdoors adventure offered as an unforgettable reward for their fundraising.

Charity TV Global founder and CEO Troy Gray said the location had remained secret until the moment the 12 travellers arrived.