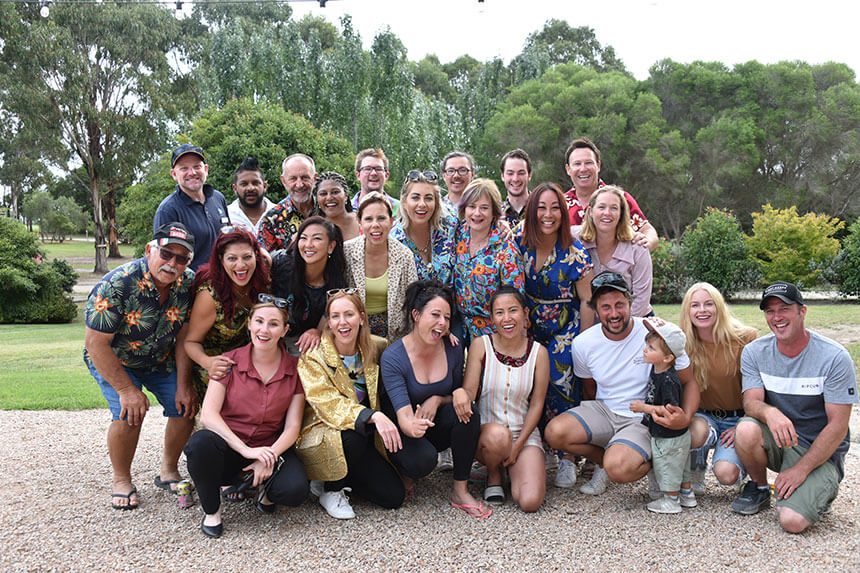 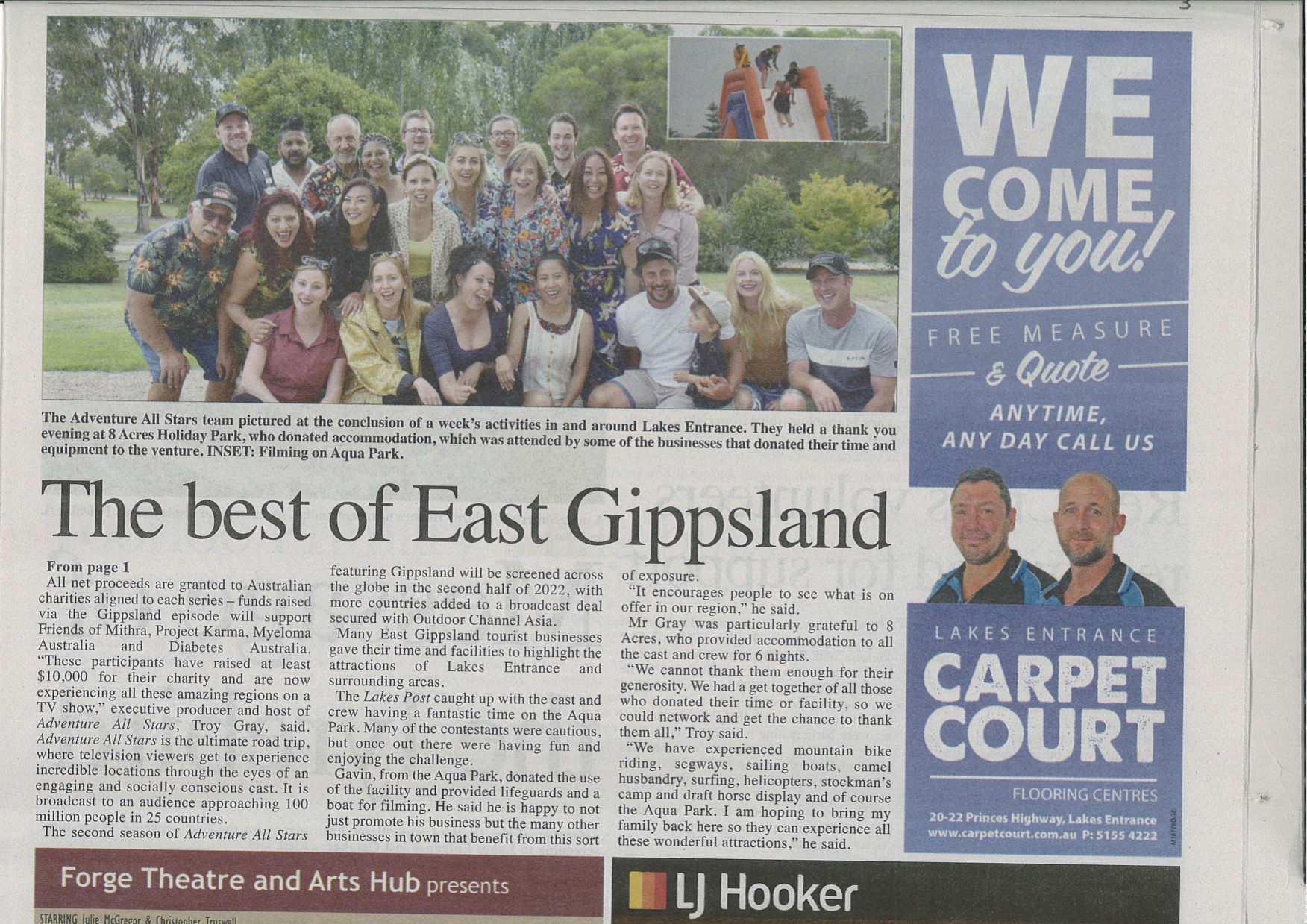 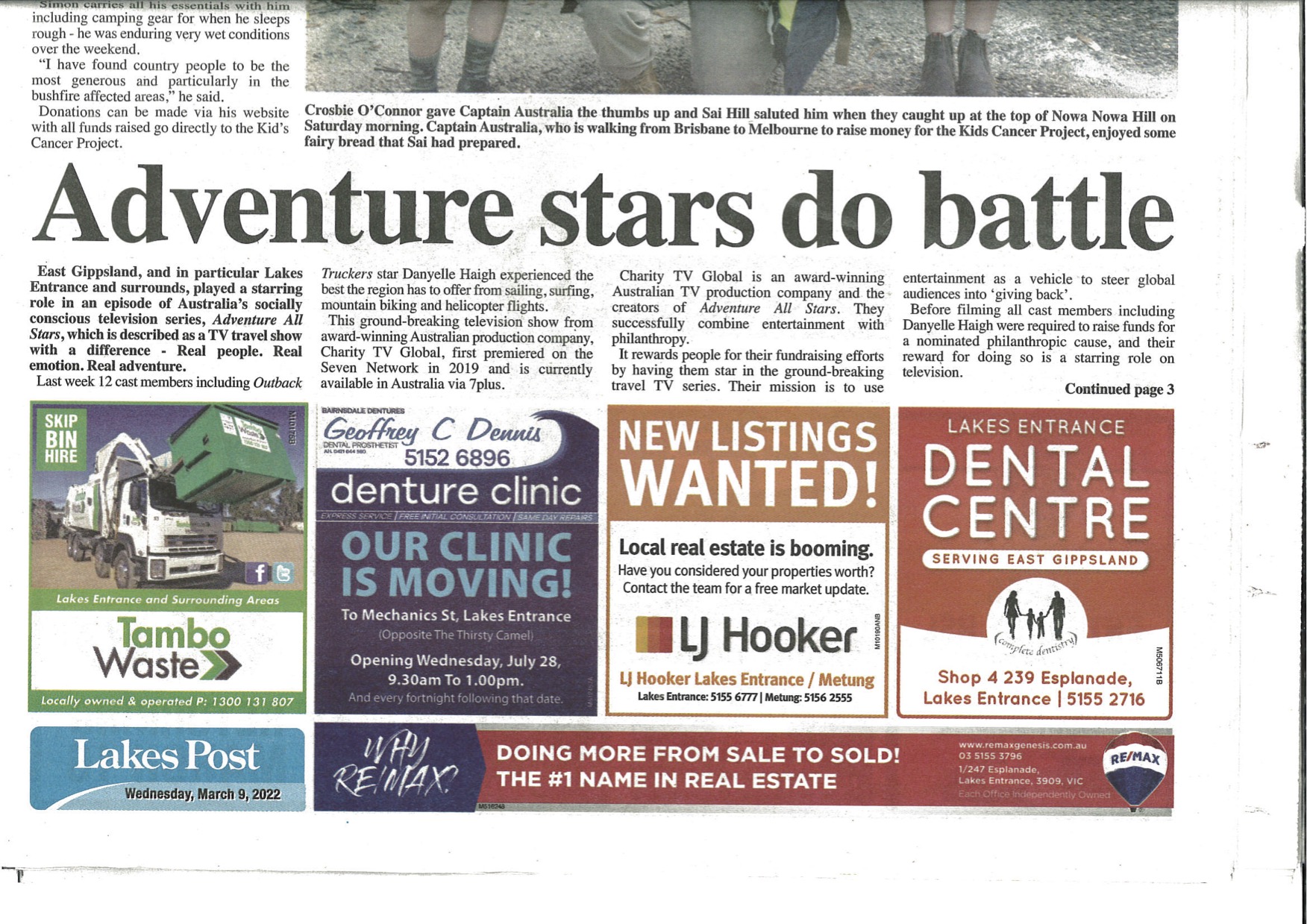 East Gippsland, and in particular Lakes Entrance and surrounds, played a starring role in an episode of Australia’s socially conscious television series, Adventure All Stars, which is described as a TV travel show with a difference –  Real people. Real emotion. Real adventure.

Last week 12 cast members including Outback Truckers star Danyelle Haigh experienced the best the region has to offer from sailing, surfing, mountain biking and helicopter flights.  This ground-breaking television show from award-winning Australian production company, Charity TV Global, first premiered on the Seven Network in 2019 and is currently available in Australia via 7plus.

Charity TV Global is an award-winning Australian TV production company and the creators of Adventure All Stars. They successfully combine entertainment with philanthropy. It rewards people for their fundraising efforts by having them star in the ground-breaking travel TV series. Their mission is to use entertainment as a vehicle to steer global audiences into ‘giving back’.