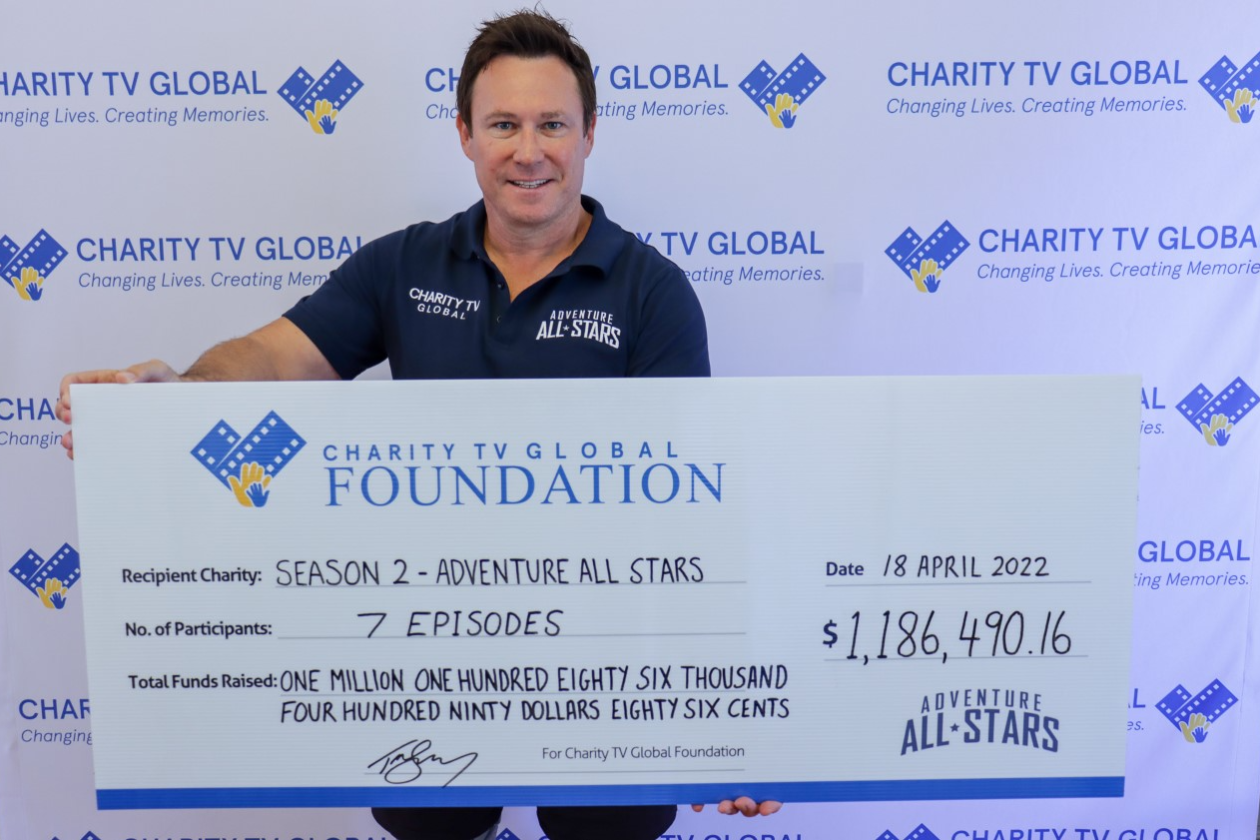 The second season of travel series Adventure All Stars has raised $1,186,490.16 for 11 Australian charities.

Produced by Charity TV Global and screening on 7TWO and TVNZ1 in New Zealand, the series sees cast members raise funds for their nominated charity -rewarded with a role in the 8 part travel show.

“Our mission was to develop a television format that changed lives and created memories by combining entertainment with philanthropy. We wanted to provide people with a tangible opportunity to be socially responsible, and to reward them for their fundraising efforts by featuring them on our television show. Generating almost $1.2 million from our latest series of Adventure All Stars represents a record season for our hardworking team, and the net proceeds raised will benefit charities right across Australia,” said Charity TV Global Founder and CEO, Troy Gray.

Adventure All Stars is currently broadcast to an audience approaching 100 million people in 25 countries through a Charity TV Global broadcast deal secured with Outdoor Channel Asia.

Production has already commenced on the third season in Australia.