ADVENTURE ALL STARS IN THE TOP END 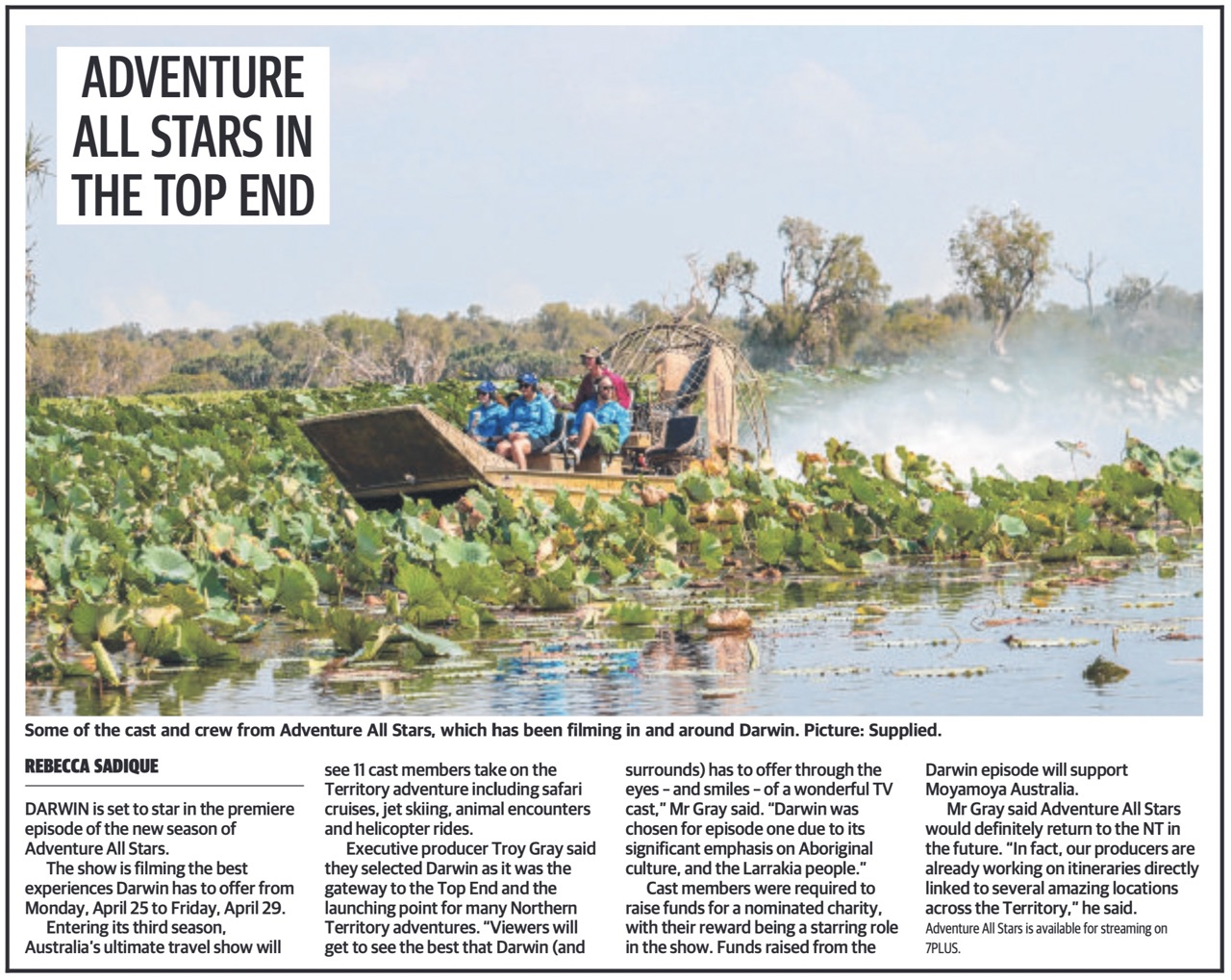 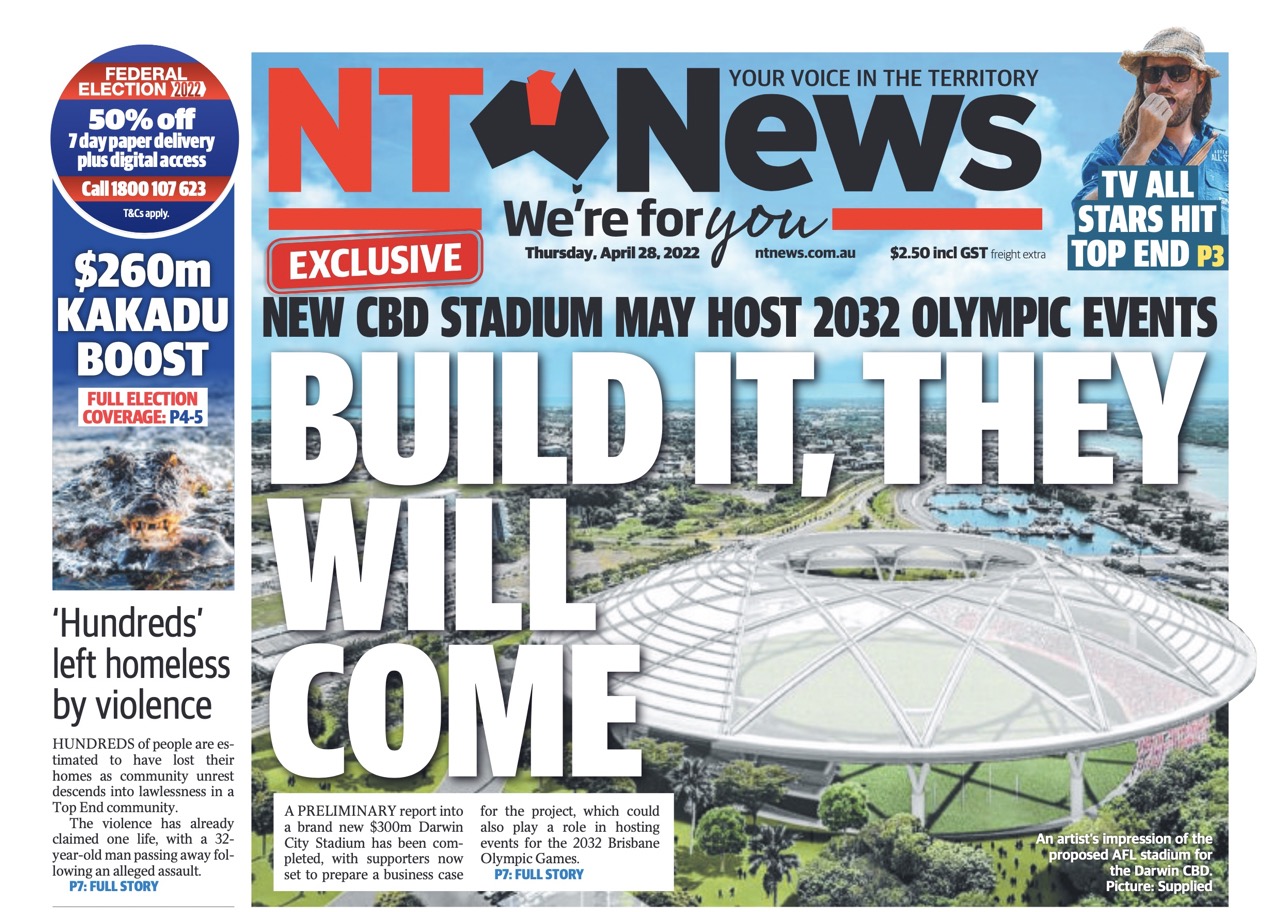 DARWIN is set to star in the premiere episode of the new season of Adventure All Stars.

The show is filming the best experiences Darwin has to offer from Monday, April 25 to Friday, April 29.

Executive producer Troy Gray said they selected Darwin as it was the gateway to the Top End and the launching point for many Northern Territory adventures.

“Viewers will get to see the best that Darwin (and surrounds) has to offer through the eyes – and smiles – of a wonderful TV cast,” Mr Gray said. “Darwin was chosen for episode one due to its significant emphasis on Aboriginal culture, and the Larrakia people.”

Cast members were required to raise funds for a nominated charity, with their reward being a starring role in the show. Funds raised from the Darwin episode will support Moyamoya Australia.

Mr Gray said Adventure All Stars would definitely return to the NT in the future. “In fact, our producers are already working on itineraries directly linked to several amazing locations across the Territory,” he said.