Adventure All Stars films on the Fleurieu Peninsula 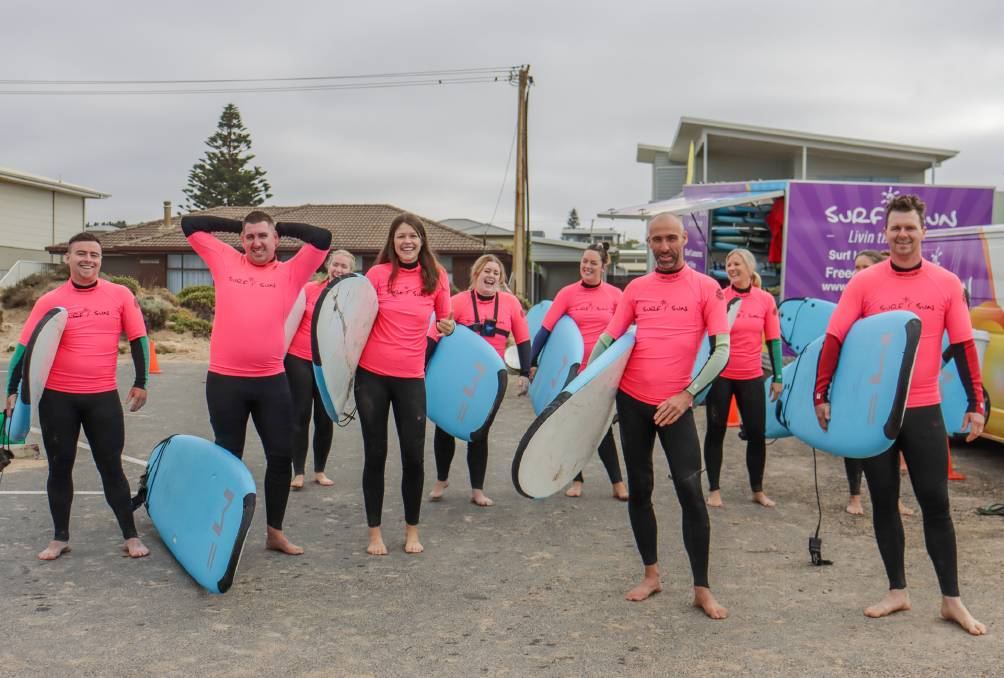 On Monday, March 21 to Friday, March 25, 11 authentic cast members experienced the best the region had to offer from surfing, an ocean wildlife tour, quad biking to abseiling and a winery tour.

Made up of 10 x 1-hour episodes, this ground-breaking television show from award-winning Australian production company Charity TV Global first premiered on the Seven Network in 2019 and is currently available in Australia via https://7plus.com.au/adventure-all-stars

Pre-filming all cast members were required to raise funds for a nominated philanthropic cause and their reward for doing so is a starring role on TV.

All net proceeds are granted to Australian charities aligned to each series. Funds raised via the Fleurieu Peninsula episode will support Project Karma, RizeUp and Mindful Aus.

Adventure All Stars is the ultimate road trip where TV viewers get to experience incredible locations through the eyes of an engaging and socially conscious cast.

Adventure All Stars is currently broadcast to an audience approaching 100 million people in 25 countries.

The second season of Adventure All Stars featuring Fleurieu Peninsula will be screened across the globe, with more countries added to a broadcast deal secured with Outdoor Channel Asia.

Charity TV Global is an award-winning Australian TV production company and the creators of Adventure All Stars.

They successfully combine entertainment with philanthropy, and through their registered Foundation provide a unique and fun platform for members of the public to be socially responsible.

Charity TV Global rewards people for their fundraising efforts by having them star in the ground-breaking travel TV series Adventure All Stars. Charity TV Global’s mission is to use entertainment as a vehicle to steer global audiences into ‘giving back’.

As a champion of ethical media Charity TV Global’s mission is to use entertainment as a vehicle to steer international audiences into ‘giving back’.

Charity TV Global has been named a two-time National Finalist in the Small Business Champion Awards, awarded the 2021 Australian Achiever Award, won the Evolutionists Award for Global Services to Charities, received a Gold Medal in Cinematography, and was nominated in the NZ TV Awards for Most Outstanding New Lifestyle TV Show.

Charity TV Global has been filming and fundraising since 2005 and raised more than $9 million for charity.

Charity TV Global’s ‘Adventure All Stars’ is currently available via 7PLUS in Australia, TVNZ On Demand in New Zealand and Outdoor Channel throughout Asia.